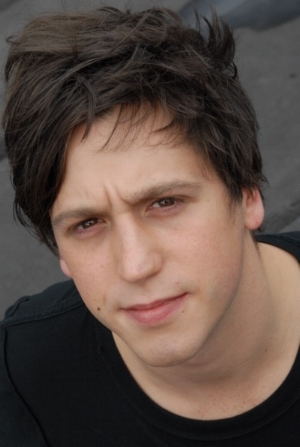 (Puppet Designer, Creator and Performer) Aaron is a puppeteer, puppet maker, director, designer, actor and dancer living and working in NYC since 2000. Dance: Fellowship at Alvin Ailey American Dance Theater 2000-2001. Suarez Dance Theatre, Physual, Loco7 and Dzul Dance. Notable plays, I Love Paris and Fatal Attraction: a Greek Tragedy. As a puppeteer in War Horse 1st National Tour. Puppet design and build for, The Paper Hat Game, at 3LD (3 legged Dog) in Tribeca, July of 2016 to rave reviews. I will be working with Choreographer/ Director, Christine Suarez over the the next year (2016/2017) developing a new piece based on The Book of Ruth. Puppetry design and creation for the N.C. tour of The Tempest. Aaron started building and design via Loco7 Dance Company as a company member. 10 years creating some of the specialty props and puppets for Nightmare: NYC’s most Horrifying Haunted House as well as for numerous theatre and film productions under the name Brooklyn Art Department. Under this name he created and directed, Wake Up, You’re Dead! presented by La MaMa, Me_irl at the Nightmare Horror play festival in NYC, and most recently with his newly named company, Second Sister Productions, finished a year long residency at St. Ann’s Warehouse Puppet Lab developing a new show, The Pact, which tells the story of two brother wolves and their impossible survival told through the intermixing of mythological storytelling and that of realism as a pseudo nature documentary all told through puppetry, narration, live music, and continues to be developed looking for grants and residencies to have a fully realized presentation in 2017. Checkout my website and contact me! www.AaronHaskell.com